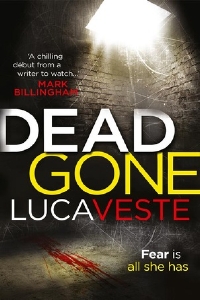 Dead Gone, the debut novel by Luca Veste, is something of a rarity in that it’s set in Liverpool. I spent nine years there and firmly believe it’s one of the best cities in the world. It has a unique population and architecture, a proud heritage and stories all of its own. The city’s seen so many waves of different people arrive, leave and return: a constant ebb and flow.  I’ve always found it surprising that it hasn’t been a more popular location for crime fiction and can’t recall much beyond the Harry Devlin novels by Mark Edwards.

Detective Inspector David Murphy and Detective Constable Laura Rossi have a brutal and perplexing murder on their hands. A young student is dead and there’s a letter attached to her body; a letter that details a famous, but terrible psychological experiment. It’s apparent from the cause of death that that killer has performed that same experiment on his victim. Murphy at first suspects that the letter is a red herring, but then more bodies start to appear.  And each has a letter of its own.

Across the city, an administrative worker at the university also is dealing with loss. His partner has been missing for almost a year and everyone suspects he knows more than he’s letting on. As these two apparently unconnected sets of circumstances collide, it seems Murphy and Rossi are chasing a killer unlike any they’ve faced before.

Dead Gone is a tense, unpredictable thriller with a series of psychological twists that will have you gripped and might just chill you to the bone.

Luca Veste describes himself as a writer of Italian and Scouse heritage, though he admits to living on the wrong side of the River Mersey. He’s also a student of Psychology and Criminology, which could mean he knows more than most about what goes on inside the mind of a killer. 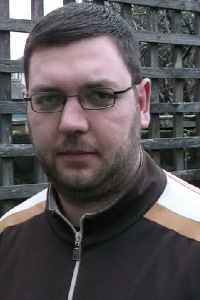