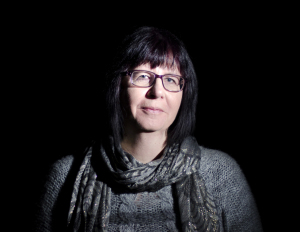 Thriller Books Journal is pleased to host Alison Layland, literary translator and author of Someone Else’s Conflict, an original, gripping thriller set between the Yorkshire Dales and war-torn Croatia.

[Q]: Hello Alison, nice to meet you and thank you for joining us. Let’s start with some background: was writing fiction your first professional calling, and if not, how and when did you start writing?

[A]:  Thank you for welcoming me here.

I’ve always liked the idea of writing fiction, and have told myself stories in my head for as long as I can remember. But it’s only relatively recently that I took the plunge. I am fascinated by language, and have been a translator for over 20 years, gradually working my way from commercial texts towards more full-time literary translation. It was through my love of language that I began writing fiction. When we moved to Wales in 1997 I began to learn the language, and one of my Welsh tutors was a poet and creative writing tutor. After the classes finished, a few of us went on to do a creative writing course, partly as a way of pursuing our language learning. Writing in another language was not only fascinating in itself, but also freed me from the inhibitions that had until then held me back from writing my stories down.

[Q]: You are also an accomplished literary translator from German, French and Welsh. Can you tell us a little about how different, if at all, is the craft of writing your own fiction from that of writing another author’s (in a different language)?

[A]:  I believe that in order to be a good translator you also have to be able to write well in your own language. So my writing and my creative translation feed one another. With literary translation, you have the original author’s voice and it’s important to be as true to that as possible. In this respect, the translator’s role could be compared to that of an actor interpreting a part, skilfully portraying a script or play to the audience. It’s why no two translations of a work are the same. I also have to switch off my internal editor – of course you edit a translation, but not the sweeping structural changes I have been known to make when revising my fiction writing! So in a nutshell, to me, translation is about conveying voice, character and atmosphere, whereas when writing you also have to shape the story and plot.

[Q]: Someone Else’s Conflict, if one wanted to label it genre-wise, could be described as an English noir, featuring a blend of psychological suspense, thriller action and a crime story. Assuming you agree with this ‘label’ (please feel free to disagree!), how did you go about balancing these elements in the narrative?

[A]: I like the label of ‘English noir’! I would also say there’s a strong element of love story in Someone Else’s Conflict. When I wrote the novel, the starting point was the psychological suspense, particularly between Jay and Marilyn. As the darker side of Jay’s past developed and caught up with his present, the external tensions increased, especially as Vinko developed into a central character.  I had balance all the elements, exploring the character-related themes and the storytelling, while maintaining suspense and tension.  In general, I tend to shy away from labels and categorisation, and read in all kinds of genres myself, so it’s been gratifying from the comments I’ve received to see how different readers enjoy and focus on different aspects of the novel.

[Q]: The novel  features thorny issues both at a personal and social level, and the way you write about them is clearly heartfelt. Is any of the issues you tackle (trust, family bonds, the need to belong etc.) particularly dear to you, and why?

[A]: I think that guilt, and the need to belong – to a place, a relationship or even a personal identity – are two very powerful emotions that drive the novel. I was interested in the idea of how pursuing that need to belong can lead to mistakes, and therefore guilt. The idea of taking responsibility, for oneself and for others – growing up, if you like – is also really important to the story. This is particularly true of Jay, who finds himself having to consider someone else, Marilyn, after many years of self-imposed life as a loner. He is also drawn to take Vinko under his wing, a way of atoning for his past, but a move that reawakens the past and its dangers. I was also interested in exploring the effects of their own actions on the ‘winners’ in a conflict (although it’s arguable whether there are any true winners in a war, especially a civil war) – the perpetrators of an atrocity as well as the obvious victims. Although the events portrayed are fictional and outside most people’s experience, I hope that readers will relate to these universal emotions of belonging, guilt, assuming responsibility that we’ve all experienced in one way or another.

[Q]: Jay Spinney, one of the main characters in Someone Else’s Conflict, is a highly original creation: a street busker/story-teller with a troubled past as a soldier on the Croatian side of the Balkan conflict in the 1990s. Who were you inspired by in creating him?

[A]:  I am a great fan of oral storytelling, though as a listener rather than a performer. I love the idea of myths, legends and imaginary worlds being used to shed light on aspects of our own world. So my initial inspiration for Jay came from the many wonderful storytellers I’ve seen over the years. I envisaged him using stories to hide his darker side – from himself and, with a veneer of cheerfulness and unreality, from the rest of the world. Alongside this, for a long time I have been interested in finding out more about the Balkans, Croatia in particular. It all fitted into place and it made sense for Jay’s dark past to be in the conflict following the break-up of Yugoslavia. I did experiment for a while with locating the conflict in a fictional state, partly because it suited Jay’s character and partly because I wanted to make sure I wasn’t taking sides in that incredibly complicated situation. However it soon became clear that, although the actual events described and characters such as militia leader Lek are entirely fictional, it worked better, after much research, travel and even starting to learn the language, to set it against a real background.

[Q]: One of the many interesting features of Someone Else’s Conflict is the unusual man/woman/boy trio of lead characters, Jay, Marilyn and Vinko, and the relationship between these three independent-minded voices. What were the authorial challenges you faced in making their dynamics work?

[A]: My writing tends to be character-led and it was their voices that drove the story for me. It was a challenge to portray Jay’s mystery, insecurity and troubled nature while ensuring he comes across as intriguing and trustworthy enough for Marilyn, a strong but recently hurt woman, to accept into her world. As his own troubles, and the situation he is drawn into, become more apparent, how much would she be prepared to stick by him, and why? As for Vinko, it was a matter of getting into the mindset of a troubled teenager, independent, streetwise and volatile but with a certain innocence and insecurity. With all three of them, in different ways, there’s a strong element of wanting to believe, which is ultimately what brings them together and drives the dynamics.

[Q]: Immigration/emigration is another powerful theme in your story, particularly since they are connected with an event which few would have thought possible in the second half of the XXth century: another war fought on European soil. Why did the Balkans conflict strike such a resonant chord with you, and do you think the social displacement that arose from it is still felt today?

[A]: I think it struck a chord with me because of the nature of such a war happening so close to home, at that time. It happened during the huge period of political change in the late 1980s and 1990s, when so many countries rejected communism and started anew. This was not only the aftermath of a terrible war, but the break-up of Yugoslavia, into six individual countries (later seven, following the subsequent Kosovo conflict). The effects of displacement and questioning identity are still felt, although over 20 years the situation has stabilised and progressed. However, these issues do not only concern former Yugoslavia – the question of immigration affects us all. There’s a worrying trend at the moment towards making scapegoats of immigrants, both refugees and economic migrants. The situation is complicated, one for which there are no easy answers, but it’s essential to avoid prejudice which, taken to extremes, can escalate into the very nationalism that causes conflict. We need to see any group as individuals rather than a faceless ‘them’, and identifying with fictional characters can promote insight and empathy.

TBJ: Thank you very much for your time and your insight Alison, and we look forward to reading more of your work soon! 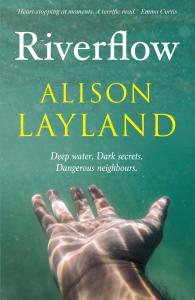 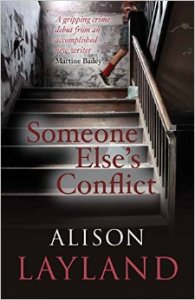