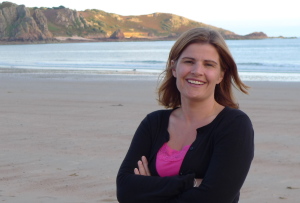 [Q]: Hello K. T., nice to meet you and thank you for joining us. Let’s start with some background: was writing fiction your first professional calling, and if not, how and when did you start writing?

[A]: My parents have a photograph of me, aged seven, with a crew cut, wearing an Army camouflage outfit.  I was a very outdoorsy child and always wanted to be a soldier, which is probably why I ended up spending five years in the Army Reserve, and working for Jane’s Information Group, the world’s leading publisher of defence intelligence information.

However, I have also always loved to read and write, and much of my childhood was spent immersed in stories.  Enid Blyton’s Famous Five series was one of my favourites and in common with many other tomboys, I wanted to be George.  Two other books that really captured my imagination as a child were Lord of the Flies and To Kill a Mockingbird.  They are both fantastic psychological thrillers for young people, with great story lines and vividly drawn, memorable characters.  I have read both of these novels a number of times over the years and never fail to appreciate them.  I am still an avid crime and thriller reader and love writers such as Jo Nesbo, Tom Rob Smith, Martina Cole, Mo Hayder and Lee Child.

I started to write seriously because I had the idea for White Crocodile – an idea that I loved – and I wanted to get it down on paper.

[Q]: You have had first-hand experience in working with mine clearance charities in Cambodia. Why did this country appeal to you, and to what extent is your experience there reflected in White Crocodile?

[A]: White Crocodile is very personal to me and however many thrillers I go on to write, it will always be my favourite.  I had the idea for the novel while I was working for Jane’s Information Group, the world’s leading publisher of defence intelligence information, as Managing Editor,  Land-Based Weapons.  Whilst at Jane’s, I spent time in Cambodia, working alongside professional mine clearers from two clearance charities – Mines Advisory Group and Cambodia Mine Action Centre – to learn more about the information they needed to help them clear mines more quickly and safely in the field.

It was an intense and emotional visit: meeting Khmers – both adults and children – who had lost limbs to anti-personnel mines, and others who lived with the risk that they or a family member could step on a mine at any time.  While I was there, I didn’t think about anything apart from the human tragedy and the incredible job clearance charities were doing in trying to reduce the threat.  It was only afterwards, back in the U.K. with space to think, that I realized how fantastic a setting the landmine fields of Cambodia were for a dark and disturbing thriller and how much I wanted to use the power of fiction to take people there and show them the tragedy of this world.

[Q]: Tess Hardy, a young woman who travels to Cambodia to work for a mine-sweeping charity and to confront phantoms of her own, is a fascinating main character. I particularly liked the combination of polar opposites we find in her: she’s both headstrong and soft. Who did you draw your inspiration for her from?

[A]: The friends who have read White Crocodile say that they see a lot of me in Tess, and I suppose that, following the old adage of ‘write about what you know’, I would agree.  I was definitely inspired by the experiences that I have had both in the Territorial Army and at Jane’s.

It made absolute sense for me to write a female protagonist because Tess faces a tough emotional journey in White Crocodile and I felt that, as a woman who has worked in stressful, male-dominated environments, I would be able access her feelings and emotions in a way that I wouldn’t have been able to do if my protagonist was male.

I also feel very strongly that women are amazing and unfortunately we are often portrayed negatively in both literature and in film.  In many crime novels women are purely victims, and men solve the problems and catch the bad guys.  I wanted to write a novel that reflected the huge number of strong, funny, clever, independent women that I know – though in common with most people, Tess Hardy is multi-faceted and has her own very personal demons to deal with.

[Q]: An ambivalence similar to Tess Hardy’s is to be found in other key characters, notably her brooding, mysterious Croatian mine-sweeping colleague, Alexander Bauer. It’s a feature that makes the plot fascinating and helps you spring several surprises on the reader. A mere plot device, or is this ambivalence something that, in your experience, most of us suffer from, or are blessed with?

[A]: I have a BSc in Psychology and am endlessly fascinated by human behaviour.  Studying psychology helped me enormously in developing complex characters who feel real.  Everyone is multi-dimensional with their own strengths and vulnerabilities, hopes and fears, and men and women who have traditionally macho roles in the military or in mine clearing are no different.  What I really didn’t want to do in White Crocodile was to end up with G. I. Jane-type characters who bore no reality to the actual, living breathing people I’ve met.

I am also very drawn to people who have a different psychology from my own, whether that is in terms of mass cultural beliefs or individuals who, perhaps because of their upbringing or life experiences, display an abnormal psychology – all great fodder for a thriller writer!

[Q]: White Crocodile tackles with frankness some of the issues confronting Western aid workers abroad, as well as those the local people are faced with in dealing with Westerners. The latter aren’t all saints, and local men, women and children aren’t merely numbers, or passive recipients of a manna from heaven. Would you like to expand on this?

[A]: It has been recently reported in the news that a number of French soldiers working with the United Nations in the Central African Republic (CAR) have been buying sex from underage orphaned children in exchange for food.  This was revealed to the press by a senior United Nations official who has since been suspended for ‘breaching protocol’ by making these revelations public.  For most normal, law-abiding people, these revelations are horrific and repulsive, and the UN’s attempt to keep them from being released into the public domain, very questionable.

When I came back from Cambodia and began to research the history of the country, I found that United Nations troops in Cambodia – who went there after the fall of the Khmer Rouge to restore peace and help put in place a stable government – slept around with young women who had little choice if they wanted to eat (much as the children in CAR), didn’t use condoms and kick-started AIDS.  Cambodia now has one of the highest rates of aids in the world, started by the same people who were out there to help.

Why some people who are in developing countries to help then behave in appalling ways is a complex and interesting question and one that I wanted to explore.

[Q]: Another issue White Crocodile raises is the extent to which the lives of people living thousands of miles away and totally unknown to each other can be interconnected. And, as a corollary of this, how unaware we can be of tragedies that take place both far away and disturbingly close to us. Do you think the lives the majority of us live in the West is too sheltered? And is there a risk that some of us actively turn a blind eye to these connections?

[A]: White Crocodile is set in a very poor country and its characters live lives that are totally different from the life I live and the lives that most of my readers probably live.  Northern Cambodia is a heartbreaking place to visit and left a huge and lasting impression on me.  White Crocodile is tense and exciting, with unforgettable characters, but it also exposes readers to a dark and dangerous world that they would not have the opportunity to experience otherwise and I think it’s a world that people need to know about.

However, White Crocodile also explores a number of themes and challenges that many of us in the West deal with at one time or another in our lives, including the themes of fate – whether our destiny is pre-determined – betrayal, physical and mental abuse within families, and the heroine finding strength after weakness, or at least, after perceiving herself to be weak.

[Q]: White Crocodile appears to be a combination of crime novel and thriller: it features investigations on murders, but not all of them are carried out by the police, and there is enough adventure, because of the setting and circumstances in which Tess Hardy finds herself, to justify the ‘thriller’ label. Is a conventional ‘label’ meaningful for you with regards to White Crocodile and if not, why?

[A]: I don’t dwell on labels and I doubt if my readers do.  I am particularly interested in novels within the crime and thriller genre that are original and break the mould and that bring more to me than just a great story.  Novels that stay with me long after the last page are those such as Khaled Hosseini’s The Kite Runner and Tom Rob Smith’s Child 44 – novels that explore real life trauma through the medium of story and unforgettable characters, and that was my aim with White Crocodile.  Unfortunately, writing my own novel has made me far fussier about what I read!

TBJ: Thank you very much for your time and your insight K. T., and we look forward to reading more of your work soon! 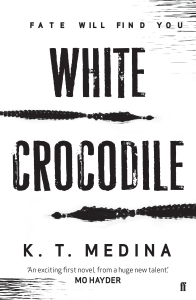 Nicola Mira is a translator from Italian and French, specialised in journalism and non-fiction texts. Educated in the UK (BA Politics & Economics, St. Edmund Hall, Oxford), he has lived and worked in Italy, France and the UK. He currently lives in Cambridge. He has a Diploma in Translation (Italian to English) from the Chartered Institute of Linguists and is a member of the Society of Authors/Translators Association and English PEN. He translates texts from a range of industries, with fashion journalism his main focus. You can view his fashion translations on FashionNetwork.com. He has contributed to ‘In Other Words’, the journal of the British Centre for Literary Translation, and to London literary magazine Litro, where he also published a translation of an excerpt from Italian early XXth century author Gabriele D’Annunzio. When he is not translating, Nicola loves reading, writing and sports. He is the managing editor of sports statistics website Greatest Sporting Nation.
View all posts by Nicola Mira →
« Interview with Alison Layland (author of ‘Someone Else’s Conflict’)
Snow Blind – Ragnar Jonasson »