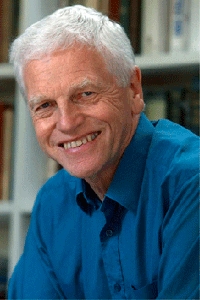 With thirtyfive published novels, really the writer we are interviewing today doesn’t need any introduction. A name is enough: the one and only, Peter Lovesey. Enjoy our conversation!

Q. Hi Peter, welcome. Our first question is very easy: who is Peter Lovesey as a person and as a writer?
A. As a person, he’s a man of few words, dull, unexceptional, unexciting, law-abiding, sober and careful what he eats.
As a writer, he’s a man of many words, exciting, full of surprises, entertaining, criminal, always thinking up new ways to murder somebody.

Q. You’ve published thirty-five novels (for now) and won an impressive number of awards: what’s your secret for such a great career?
A. It’s the dull man working with the entertaining writer. You have to put words on the screen every day of the week – and I’m very slow – but you must find ways to keep them exciting as well as stretching out the suspense.

Q. How much do you feel you’ve changed as a writer from your very first novel, Wobble to Death, to your latest one, The stone wife?
A. That first book had to be written in three months for a competition. Every book since has taken at least a year to write. I’m more relaxed about planning than I used to be. At the beginning of my career I would produce a chapter by chapter synopsis before I started. These days I keep the plot more loosely in my head. The later books are longer than they used to be, but that’s the trend. Nobody wants to buy a thin paperback novel. And i suppose the most obvious change is that I started writing stories set in the 1880s, whereas now they are contemporary novels featuring my Bath police detective, Peter Diamond.

Q. I guess you’ve collected lots of great moments along these years. Are there any anecdotes you would like to share with our readers?
A. When the first book, Wobble to Death, was launched, a 24 hour “wobble” for charity was staged around Sloane Square in London. I should explain that a wobble is a Victorian expression for a long distance race in which you could walk or run. I was expected to walk a few laps of the square and they also brought in Barbara Windsor, the film star who played sexy young ladies in so many of the “Carry On” series of films, and I have to say that Barbara’s wobble was much better to look at than mine.

Q. How much do you think crime fiction genre has developed during these years, and where do you think it’s going?
A. It was more clearly defined as a detective story, traditional or hard-boiled, when I started. As the form has progressed, these definitions have changed to the point where there is very little difference between crime fiction and so-called mainstream fiction. It would be difficult now to draw up a set of rules as they attempted to do in the 1930s – which WAS before my time. It’s still possible to write whodunnits, but there are myriad other ways of writing about crime.

Q. The stone wife: can you tell us something about it?
A. The Stone Wife is a stone carving of the Wife of Bath, a character in Chaucer’s poem “The Canterbury Tales”. The book starts with an auction in Bath, with the Wife as the main item. There is strong bidding and just as it reaches its climax, a murder takes place in the auction room. Peter Diamond has to investigate and the Stone Wife is moved to his office and begins to take on a sinister role, almost as another character. Quite soon, she manages to evict Diamond from his own office. I’d better not tell you the whole story.

Q. Peter Diamond’s novels are now 14 (if I’m not wrong): what’s your relationship with him?
A. He puts food on my table and keeps my wife dressed in the clothes she likes, so I have to treat him well. However, if he knocked on my door one night, I’m not sure that I would want to ask him in. He’s accident-prone, a bully, potentially violent and feared by some of his colleagues. But he has a sense of humour, which helps, and he’s clever at solving mysteries, so maybe I should, after all, remain friendly.

Q. Are you already working on a new story?
A. I’m writing the last chapter of the 15th Diamond novel, but I never say anything about the books in advance in case they don’t get into print.

Q. I do prefer traditional books but e-books are changing our reading habits. What do you think about them?
A. I don’t read them yet, but I’m pleased to be published in e-form. I expect the printed book will survive.

Q. A suggestion to wannabe writers. A suggestion to passionate readers.
A. To wannabe writers: READ what is being published and get an idea of what can be done before you start doing your own thing. By all means be original, but also be aware of what others are writing.
To passionate readers: I envy you. I wish I had more time to explore the wonderful range of books out there. Keep reading. We need you.

Q. Thanks for having accepted our invitation, Peter: it’s been a pleasure having you. 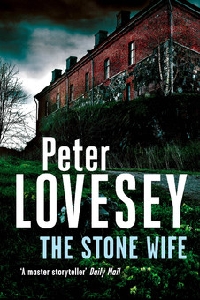 I'm a reader, and a few years ago I published a book (an essay regarding Serial Killers Couples) as well as some short tales in anthologies and magazines. Since 2007 I run ThrillerCafe.it, leading Italian website coming to crime fiction. ThrillerBooksJournal.com is my mission to bring my passion to English speaking people.
View all posts by Giuseppe Pastore →
« Missing You – Harlan Coben
Crime fiction blogs worth Investigating (part 1) »