We’re pleased to host once again Tim Baker, author of ‘City Without Stars’, whose debut thriller, ‘Fever City’, we reviewed in January 2016. ‘Fever City’ was a hard act to follow, a gripping, elaborate novel set between the early 1960s and the present, weaving together the kidnapping of the eight-year-old heir to one of America’s richest businessmen with the plot to assassinate J.F. Kennedy.

‘City Without Stars’ is set in Mexico in 2000 and, though it doesn’t cover quite so much ground as ‘Fever City’, it’s very much in the same mould: a tense, fast-paced thriller, its short, sharp chapters pulling no punches and sparing no gruesome detail. The plot focuses on the dogged efforts of a Mexican policeman, Fuentes, fighting widespread ignorance, endemic corruption and conniving law enforcement agencies to put an end to the serial murders of hundreds of women in the town of Ciudad Real, where countless women work in near-slavery conditions in the local sweatshops, the maquiladoras. Alongside, and sometimes against Fuentes, there is union activist Pilar, a feisty young woman who, with a small group of associates, is trying to engineer a series of strikes to stop the working women’s exploitation. In the background, the war between the local drug cartels, an endless orgy of butchery and violence which destroys everything and everyone standing in its way.

Thriller Books Journal: Hello Tim, and welcome to Thriller Books Journal. The first, perhaps obvious, question, is about the link between the serial murders you portray in fictional Ciudad Real with the tragic femicides committed in the Mexican town of Ciudad Juárez in the 1990s and 2000s, most of them still unsolved. Why did you choose to draw this parallel?

Tim Baker: Hi Nicola, and thanks for having me back again for my new novel!

The real life murders of the women of Ciudad Juárez was one of the starting points for my novel. Like my Mexican friends, I couldn’t believe the scope of the killings, nor understand why strict measures of protection weren’t being offered to those women who made up the vast majority of the victims, the maquiladora or sweatshop workers.

Most disturbing of all was the complete lack of progress in the investigation into the femicides. Were civil authorities overwhelmed by the scale – or were they complicit in the crimes or covering up? And then there were the questions about the role that globalization and the cartel wars were playing in the killings. I decided to explore all these issues within the context of a fictional but parallel city, Ciudad Real.

TBJ: Your narrative style is very distinctive, combining short, intense chapters with vivid, snapshot descriptions and dialogue; sometimes it feels as though the characters are a little thin on the ground, such is the emphasis on cinematic speed in your writing. Would you say this is a fair assessment, and if so, why did you choose this approach?

Tim Baker: All great crime stories are built from great characters. When I am creating my characters, my first concern is to ground them in reality and that means affording them the space to be ambiguous and contradictory and unknowable, in the same way that most real people are.

I have always had a horror of “black and white” characters, or characters that serve the story rather than inhabiting their own living terrain, which is why I am always so careful to create enough space around my characters to allow the reader to intervene and interact with the characters on their own level, and to imagine their reality.

I rarely give physical descriptions of characters as I personally have never responded to telegraphed descriptions or – heaven forbid – shortcuts such as the notorious “Harrison Ford in Harris tweed.” I personally love characters that constantly surprise and even startle the reader with their actions and choices.

I also try to ensure that characters change or exhibit surprising reactions when viewed through the eyes of other characters. My desire is always to take readers out of their comfort zone; to smash that narrative fourth wall and allow them to enter my creative space. By its very nature, that is going to alienate some readers, and excite others.

But as we know, you can’t choose your readers – they always choose you, and they also get to choose whether to finish a book or put it down. So it’s important to write to your own convictions, because that’s where your voice is found. And at the end of the day, different readers respond to different voices. It’s not a matter of originality or accessibility, it’s a matter of authenticity and sincerity. 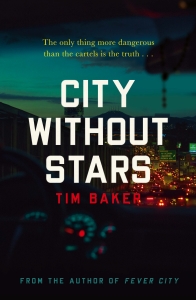 TBJ: Another hallmark of your novels is the way you are economical with details, disclosing plot and character features almost on a need-to-know basis only – also a clever way of forcing readers to think about and get involved in the plot: as a thriller author, how do you decide what to keep from the reader – if anything – and what to reveal?

Tim Baker: This could partly be a reflection of the way I write the first draft – which is not to plot the story in advance but to discover it as I go along. But it is also a narrative choice that I consciously make. I find it far more interesting to be allowed to move within a landscape of possibilities, where choices are being made and actions taken that are, at first glance, surprising or initiated by knowledge or circumstances currently outside our own realm.

I believe as a writer, you have to “play fair” – that is, provide enough details along the way to allow readers to formulate their own solutions. But it has to be done in a subtle way. Personally I have never been satisfied by stories that “spoon feed” details. This is reflected in the kind of mysteries that I have always loved, books like The Big Sleep, films like Chinatown, and TV shows like True Detective and Breaking Bad: stories that allow readers and viewers to interpret and make their own conclusions; that allow space for surprise and vindication.

TBJ: Still on the subject of characters, in ‘City Without Stars’ it feels as though some of them, above all Fuentes and Pilar, are grounded in a reality we’re more or less familiar with, while for others you seem to use a slightly different register: I’m thinking about narco overlord El Santo, or powerful priest Padre Márcio, who appear to inhabit an extra-ordinary world, almost as though they were caricatures of themselves. Again, would you agree with this, and if so, what drove you to make this choice?

Tim Baker: El Santo possesses biographical elements of several real-life narcos – who indeed do live in a fantasy world that mythologizes their power but paradoxically does not exaggerate it. But El Santo is also a fictional portrayal of a young man who is not ready for the power he inherits. In that respect, El Santo is otherworldly, in that nothing in this world has prepared him for the status and power he suddenly obtains.

Padre Márcio is also an amalgam of several real-life characters (readers who know about the real life scandal of Mexico’s Legion of Christ will recognize allusions to actual historical events) and fiction. But the narrative he is entrapped within, and is himself a victim of – the Catholic Church’s terrible child pedophile scandal – is all too real.

Even in the year 2000, when City Without Stars is set, many people were arguing that the Catholic Church scandal was being exaggerated, or was the result of a few “rotten apples”, and did not represent an institutional crisis. That sense of arrogant distance, distain and defiance is by its very nature impossible to reconcile with reality, as are the scale of femicides.

In that respect, there is a constant clash of alternative realities going on throughout City Without Stars. Fuentes, Pilar and Ventura are embedded in “our world” but people like Padre Márcio, El Santo and Pablo Grande belong to other realities that are contradictory but no less “real” to them.

TBJ: One of the strong themes which ran through ‘Fever City’ was the corrupting influence of power. But while in your debut novel the setting was the lofty world of high-level politics and business, in ‘City Without Stars’ you bravely explore a less exalted but no less tragic dimension, featuring drug dealers, corrupt cops, and exploitative businessmen and clerics. Is anyone ever really exempt from the corrupting influence of power?

Tim Baker: One of the themes of Fever City was that the same forces which were behind the assassination of JFK also triggered the financial crisis of 2008. That narrative fits into the classic conspiracy literature of writers such as Richard Condon, Robert Ludlum, Max Allan Collins and Thomas Pynchon. But it is also a fair reflection of the economic realities we find ourselves facing today, with a handful of men controlling most of the world’s wealth, and a mindless patsy in the White House.

One of my goals in City Without Stars was to try to draw the link between what we think of as a “Mexican problem” with what is actually a world-wide phenomenon of systemic government corruption, international money laundering and tax avoidance. Up until recently, this notion was being routinely denied by corporations, governments and banks, but with the release of the Panama Papers and the Paradise Papers, we’re at last beginning to understand the incredible magnitude of all this criminal activity.

The Mexican cartels are one significant and particularly shocking cog in a well-oiled machine that has been gaining traction over the last fifty years. By looking at the ordinary people on the ground – the cops and the robbers, the union activists and the strike breakers, the narcos and the junkies – we get a better picture of the impact that corruption has on all our lives, big and small. The focus on the maquiladoras – the sweatshops that line the Mexican side of the border with the US, also provides the context in which to examine the injustices associated with globalization.

At the end of the day, the forces aligned to facilitate corruption and criminality in both novels are remarkably similar – which is the point I think: illegality, tax fraud, criminal and anti-social behaviour and rampant corruption are being rewarded in our current economic system.

TBJ: Thank you very much for your time, Tim, and we look forward to your next novel!

Tim Baker: Thanks for chat, Nicola! It’s been a pleasure, as always.

CITY WITHOUT STARS by Tim Baker is published by Faber & Faber (£12.99) 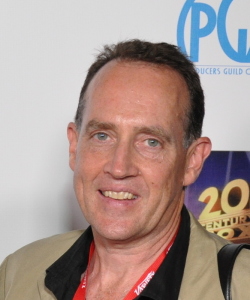 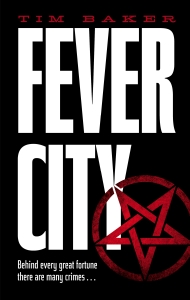 Nicola Mira is a translator from Italian and French, specialised in journalism and non-fiction texts. Educated in the UK (BA Politics & Economics, St. Edmund Hall, Oxford), he has lived and worked in Italy, France and the UK. He currently lives in Cambridge. He has a Diploma in Translation (Italian to English) from the Chartered Institute of Linguists and is a member of the Society of Authors/Translators Association and English PEN. He translates texts from a range of industries, with fashion journalism his main focus. You can view his fashion translations on FashionNetwork.com. He has contributed to ‘In Other Words’, the journal of the British Centre for Literary Translation, and to London literary magazine Litro, where he also published a translation of an excerpt from Italian early XXth century author Gabriele D’Annunzio. When he is not translating, Nicola loves reading, writing and sports. He is the managing editor of sports statistics website Greatest Sporting Nation.
View all posts by Nicola Mira →
« This Is How It Ends – Eva Dolan
The Wife – Alafair Burke »