Pushkin Press’s Vertigo imprint has unearthed and published yet another gem by US 1960s noir author Margaret Millar. ‘The Listening Walls’ is a sharp tale of mystery, deception and murder, transporting its protagonists and readers from San Francisco and the Californian coast to as far away as Mexico City.

Like the other Millar novels recently published by Pushkin Press, ‘A Stranger in My Grave’ and ‘Vanish in an Instant’, ‘The Listening Walls’, first out in 1960, is deviously constructed, with impeccably timed plot twists and razor-sharp characterisation, and it has a sting at the very tip of its tail, in fact in the tale’s last few words.

In typical Millar fashion, the dramatis personae are pretty ordinary middle-class women and men, their actions, aspirations and foibles pithily, clinically observed by the author. The story opens on a sultry Mexico City evening, as two old friends, Wilma and Amy, prepare for dinner. They are on holiday, wilful Wilma ostensibly to forget her second divorce, her dutiful, rather meek friend Amy to play second fiddle and enjoy a few cocktails with her.

The trip is quite an adventure for Amy, one that her pompous, domineering brother Gill, a stockbroker whose market savvy seems to have waned of late, was dead set against. Not the only initiative of Amy’s that Gill has opposed in their lifetime, the most notable being her marriage to Rupert, an unassuming man running a tiny, moderately successful accountancy practice in San Francisco.

Gill’s misgivings about the Mexico trip seem to have been well-placed, because no sooner we’ve met Amy and Wilma that the latter plunges to her death from their hotel suite’s balcony. First on the scene inside the room is Consuela, a young maid with a penchant for stealing the odd item from the guests’ rooms and for listening in to the guest’s private conversations. Hearing a commotion in the two American ladies’ suite she decides she has reason enough to enter, and finds Amy knocked out on the floor, with a head wound presumably caused by a fall, while Wilma lies dead on the pavement below.

From the outset, Millar deliberately blurs the picture, so that we can’t be entirely sure what transpired between the two ladies, who were arguing, albeit not very heatedly, before the tragedy. Rupert, who rushes to Amy’s bedside in Mexico City, is none the wiser, as Amy is concussed and unable to account fully for the events, and even less in the know is Gill – much to his outrage. He tackles Rupert at his home as soon as he hears he’s returned to San Francisco, Gill’s outrage deepening as he discovers that Amy has gone AWOL.

Asides from a letter to Gill, Rupert is unable to offer any credible motivation for Amy’s sudden wish to abandon her family and strike out on her own – temporarily it seems, and in what appears to be an attempt at gaining some of the independence she has so far not enjoyed in her life. Gill refuses to believe Amy left of her own will, and immediately thinks the worst, suspecting Rupert of concealing something more than an extended vacation on Amy’s part. Rupert himself does nothing to dispel Gill’s suspicions and, when Gill discovers Rupert has used his newly-gained power of attorney over his wealthy wife’s finances to withdraw a large sum of money from her account, while her whereabouts remain unknown beyond a possible sighting in New York, Gill resorts to the services of a private eye in an attempt to find his sister.

Millar packs so many insights into her sharp, well-turned out prose, that it’s hard to render the subtlety of the narrative, to describe all the facets of her seemingly bland, innocuous characters. Above all, she is a master of disguise, of the art of letting the reader learn just enough about the story and its characters to want to keep reading on, while remaining deliciously in the dark about what is actually happening. You are teased on by Millar, wondering what’s hiding behind an apparently innocent sentence or a course of action that seems obvious but may well hide a sinister meaning.

What I also love about Millar is the gentle irony with which she punctures the bubbles of her characters’ social pretentions, and the undercurrent of extra-dry humour interspersed throughout the narrative. Most, but not all, of the humour doled out in this novel can be ascribed to Elmer Dodd, the private detective Gill hires to find Amy. He’s a great creation, as far from the Philip Marlowes of this world as possible: a small, unassuming man with a down-to-earth attitude and an unerring knack for ferreting out the truths – unpalatable as they may be – hidden beneath his clients’ sometimes voluble explanations. This, and his nose for spotting the seedier inclinations of his fellow human beings, will lead him on a quest that gets increasingly dramatic, as another dead body turns up and Amy is no nearer being found.

Of the three Millar noirs I’ve read, ‘The Listening Walls’ is the fastest-paced, the plot gripping and tight almost from the word go. That the action is set about 60 years ago doesn’t detract from the enjoyment, nor slows the pace down. Millar’s ability to identify human weaknesses and convey them in a handful of apposite words, an ability not unlike that of a master of the genre like Simenon, and her cleverness in constructing ingenious, exciting plots, makes the distance in time from the present day irrelevant. Millar simply writes great noir fiction, and I for one am looking forward to reading more of her works in the near future. 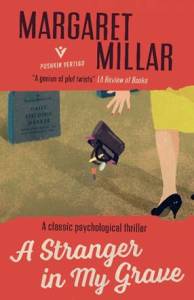 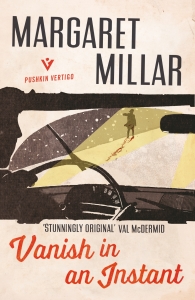 Nicola Mira is a translator from Italian and French, specialised in journalism and non-fiction texts. Educated in the UK (BA Politics & Economics, St. Edmund Hall, Oxford), he has lived and worked in Italy, France and the UK. He currently lives in Cambridge. He has a Diploma in Translation (Italian to English) from the Chartered Institute of Linguists and is a member of the Society of Authors/Translators Association and English PEN. He translates texts from a range of industries, with fashion journalism his main focus. You can view his fashion translations on FashionNetwork.com. He has contributed to ‘In Other Words’, the journal of the British Centre for Literary Translation, and to London literary magazine Litro, where he also published a translation of an excerpt from Italian early XXth century author Gabriele D’Annunzio. When he is not translating, Nicola loves reading, writing and sports. He is the managing editor of sports statistics website Greatest Sporting Nation.
View all posts by Nicola Mira →
« Will – Jeroen Olyslaegers
Sorry for the Dead – Nicola Upson »