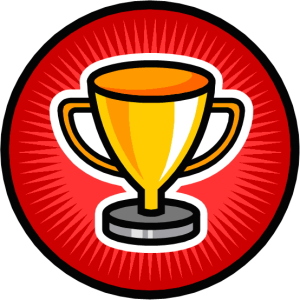 The publishing world  is somewhat shy in supporting authors who go the e-book route, so it’s a heartening to see that, at least for crime fiction, there are publishers who are keen to invest in this. Otto Penzler, President and Publisher of MysteriousPress.com, has announced a contest for the Mysterious Press Award, which will be given for the best e-book original mystery novel. The winning entry will receive a prize of $25,000 and guaranteed world-wide publication. The winner will be announced at the 2016 Frankfurt Book Fair.

“Digitally published books have become a major element of the publishing landscape over the past few years,” said Penzler. “Our goal is to acknowledge the outstanding work being produced in this format and reward it appropriately. We expect to have some truly wonderful manuscripts submitted for this substantial prize.”

Among those sponsoring the contest will be MysteriousPress.com partners who distribute and market its books: Open Road, in North America and numerous countries around the world; Head of Zeus in the British Commonwealth; Hayakawa Publishing (Japan, Singapore, and South Korea), Bonnier (Sweden, Norway, Denmark, and Finland); Dutch Media Books (Holland and Belgium), and Bastei Lubbe (Germany, Austria, Switzerland, Luxembourg, Greece, and selected Eastern European countries). MysteriousPress.com e-books are distributed in China by Trajectory.

Submissions will be accepted from January 1 through April 30, 2016. Entries must be in English and submitted both electronically (to contest@mysteriouspress.com) and in printed format (to The Mysterious Press, 58 Warren Street, New York, N.Y. 10007). Limit of one book per author. Initial readings of manuscripts will be handled by editors and associates of MysteriousPress.com. The top three entries will then be circulated to its world-wide partners for a final decision.

The contest is open to established authors as well as first-time novelists. Submissions of complete, full-length novels will be accepted only from accredited literary agents and must never have been published previously in any format. All categories will be considered: Traditional detective stories, hard-boiled, noir, police procedural, suspense, crime, historical, humor—any book in which a crime, or the threat of a crime, is central to the theme or the plot. Horror, supernatural, fantasy, and science fiction works are not eligible. The winner will be chosen based on a variety of criteria, including originality and literary quality. Manuscripts will not be critiqued and will not be returned. Employees of Grove/Atlantic, the Mysterious Bookshop, and MysteriousPress.com and its partners are not eligible. See Official Rules for entry requirements and complete details at our website, www.mysteriouspress.com. No purchase necessary. Void where prohibited.

The $25,000 prize will be an advance against future royalties. MysteriousPress.com will publish it as an e-book original with print-on-demand copies also available. World-wide partners will have all rights (excluding dramatic rights) to publish in all formats.

Nicola Mira is a translator from Italian and French, specialised in journalism and non-fiction texts. Educated in the UK (BA Politics & Economics, St. Edmund Hall, Oxford), he has lived and worked in Italy, France and the UK. He currently lives in Cambridge. He has a Diploma in Translation (Italian to English) from the Chartered Institute of Linguists and is a member of the Society of Authors/Translators Association and English PEN. He translates texts from a range of industries, with fashion journalism his main focus. You can view his fashion translations on FashionNetwork.com. He has contributed to ‘In Other Words’, the journal of the British Centre for Literary Translation, and to London literary magazine Litro, where he also published a translation of an excerpt from Italian early XXth century author Gabriele D’Annunzio. When he is not translating, Nicola loves reading, writing and sports. He is the managing editor of sports statistics website Greatest Sporting Nation.
View all posts by Nicola Mira →
« The Dark Inside – Rod Reynolds
Litro literary magazine: the ‘Whodunnit?’ issue »