Interview with Chris Carter (author of the Robert Hunter series)

Interview with Chris Carter (author of the Robert Hunter series) 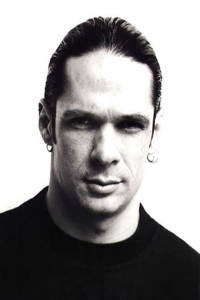 Author of the Robert Hunter series, we’re interviewing today Chris Carter. He’s the first writer we’re guesting at ThrillerBooksJournal.com and we do think he’s a cool one to start with. Enjoy our talk…

Q. Hi Chris, welcome. Our first question is very easy: who is Chris Carter as a person and as a writer?
A. Thank you very much. It’s a pleasure to be doing this interview.
Well, I guess you can say that there are two sides to me. As Chris Carter the writer, I’m very motivated. I love what I do. I love creating stories and characters. I love the research I always have to do for all my novels. As a writer I’m also very disciplined. I follow a working scheduled that I very rarely deviate from. But all that happens during the week, because at the weekends a different Chris Carter comes out. I do my best to separate my weekends from all my work. I leave my stories, together with my thoughts about them, at home and just have fun going out with my friends.

Q. Becoming a writer: has it always been a goal for you, or have you realized you wanted to write in a particular moment in your life?
A. The truth is that I never really planned to write a book. I wasn’t planning on a career in writing and I wasn’t thinking of stories I wanted to write down.
One day, out of the blue, many years after I had left the profession of Criminal Behavior Psychologist, I thought of a plot for a crazy story – not a crime thriller. I mentioned it to my girlfriend at the time one morning and she said – ‘You know what? You should write that book. It’s a good idea.‘ So I said – ‘You know what? I will.‘ And so I wrote the first chapter of this crazy story I had in my head. Once I got to the end of that chapter, I thought to myself – ‘This is crazy. If I’m going to put effort and time into writing a book, I should at least write the type of story I like reading – crime thrillers.‘ I also thought that due to my background in Criminal Behavior Psychology, I could probably come up with some interesting plot for a psychological thriller. So I decided to write the first chapter to a crime novel as well (I had no plot whatsoever, I just wrote a chapter that I thought it would make a good opening for a thriller).
A week later I gave both chapters to my girlfriend, asked her to read them and give me her truthful opinion. Even though crime thrillers aren’t really her thing, she said – ‘I must admit that the crime thriller chapter is more exciting than the other one.‘ And that was it, a decision was made. Crime thriller it was to be. I then took some time to come up with a story. That story became The Crucifix Killer.

Q. How did your Robert Hunter series begin, and was it in your mind already a series when you started the first book?
A. The series began just like I explained in the previous question, by chance. I just had an idea for a story, and I wrote it. But this is a good question because the answer to the second part is “No”. The Crucifix Killer was supposed to be a “one off book“. It was in my first meeting with my agent, Darley Anderson, that the idea of a series was suggested. Darley loved the manuscript, but he didn’t think the end worked, so he asked me to change it. He also asked me if I had thought about making Robert Hunter into a series character. I told him that that wasn’t my original idea. He then suggested hat I thought about it for two reasons – 1: He believed that Robert Hunter was a strong enough character to be come a series character. 2: He assured me that publishing houses preferred series than one off books. I had no experience in publishing then (still don’t), and I really trust Darley’s opinion when it comes to anything to do with writing. So I went back home and started modifying the novel to make it into the first of a series.

Q. How much has Robert evolved along the series in your opinion? Do you think he – as a person – has become better in some aspects and worse in others?
A. In my view, Robert Hunter has evolved a lot over the course of the six books in the series. I do believe that every reader, if they read the books in sequence, will note his development. I like to think that Hunter was already a good and decent person at the beginning of the series, but throughout the six books, Hunter has become even more charismatic. That’s also the impression I get from all the emails and FaceBook post I get from readers.

Q. Are you and Robert similar in any aspect?
A. I guess every protagonist from every author has a little bit of the author’s personality in him or her. I think every character does, but more so with the protagonist. There are several aspects where Hunter’s life is similar to mine. Several similarities in our personalities as well.

Q. One by One is your more recent novel. What can you say about it?
A. One By One deals with the craziness of reality television, how obsessed people have become with it all over the world, but especially in the USA, and a serial killer who decides to broadcast all his murders live over the internet. I guess I’ll leave it at this because I don’t want to spoil it for anyone.

Q. Can people read your novels without having read the previous ones or there’s a strong correlation between the episodes and it’s better to read them in order?
A. Yes. The stories are completely independent. I have many fans who started with book 2, or 3, or, 4 and even 5, and then decided to buy the whole series. I always recommend reading them in order simply so the reader can observe the character development, but as far as stories go, they are completely autonomous.

Q. Are you already working on a sixth episode?
A. The 6th novel is all finished and edited for the British market. There might be a few different edits for the US version, but the book is all done. I’ll be starting on my 7th novel in February.

Q. If you want to say anything, this is the moment…
A. Enjoy life. Live while you’re alive. Remember, life is for the living.

Q. Would you like to say hello to our (and your) readers?
A. Yes, I’d like to say thank you so much to all of you for taking the time to read this interview, and hopefully the book. Thank you all so much for supporting not only me, but all writers and writing websites. You’re the reason we do what we do.

Q. Thanks for having accepted our invitation, Chris: it’s been a pleasure having you.
A. The pleasure has been all mine. Thank you for having me.

« A Measure of Blood – Kathleen George
The Barkeep – William Lashner »