The Girl in the Red Coat – Kate Hamer

The Girl in the Red Coat – Kate Hamer 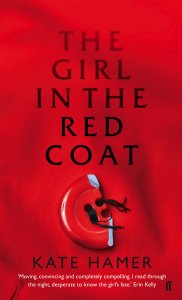 ‘The Girl in the Red Coat’, debut novel by  Kate Hamer, is a stunning story which straddles genres with seductive ease and  makes you turn the pages addictively.

It’s a XXIst century fairy tale with characters so real you’ll feel you just know someone like them. At the same time it’s very close to being a disturbingly sharp, vicious crime novel. The mysterious story of Carmel, a kidnapped eight year old girl from Norfolk, Beth, her distraught mother desperately trying to find her daughter and not to lose her sanity in the process, Dennis, a shady American preacher involved with an arcane healing cult, and sundry other characters hovering around both Carmel and Beth.

The plot is tightly-woven with plenty of unexpected twists, as we gradually find out why Carmel was taken, and where. I’d hate to spoil anyone’s reading, so I’ll try to say as little as possible about the mesmerising sequence of events. There’s plenty to write about the way the novel is constructed.

Kate Hamer has  set herself the very ambitious task of giving voice to both Carmel and her mother, the former in first person, the latter in third person narrative. The chapters alternate smoothly between the two voices, and the feeling of being inside both a child’s head and that of her brave, grieving mother is fascinating.

Both Carmel and Beth are memorable characters. Carmel is genuinely, childishly loopy but incredibly endearing– as well as razor-sharp and direct as kids often are.

Beth  is vulnerable to her child’s tricks as only a parent can be, but she’s also at once highly sensitive and psychologically resilient. She will go very close to taking her own life, as it unravels in the weightlessness Carmel’s disappearance has left her with, but Beth’s essential humanity will make her understand what a waste it would be. And this survival instinct will keep alive the flame of her desperate search for her child.

The police is out in force searching for Carmel too, of course. We glimpse their work through Beth and the officers charged with the unenviable task of helping her cope with the ordeal. A totally different viewpoint from that of standard police procedural novels, yet one which works wonderfully to sustain the tension, as time passes and Carmel seems to have vanished into thin air.

Hamer actually creates tension from the very first page, in a way that reminds me of the nerve-racking first chapter of Ian McEwan’s wonderful novel, ‘Enduring Love’. In no way the latter can be characterised as thriller fiction, and I think there’s no point in trying to affix labels to first-class writing anyway. In describing how Carmel inches harrowingly closer to her kidnapping, Kate Hamer strikes the same chords of suspended anticipation as McEwan does, in a way that gives her own work a resounding depth.

Why did I call ‘The Girl in the Red Coat’ a fairy tale? Not because it delves into magic or metamorphosis, though you could say Kate Hamer has put a sprinkling of it in the narrative recipe too. To me it’s more about how the abduction story and its follow-up are at once very close to home, disturbingly so, and also woven at a gentle level of make-believe, levitating the novel  into a realm where adults are clumsy on-lookers rather than protagonists.

By showing us the world through the eyes of Carmel and the twin girls she shares her captivity with, Kate Hamer reminds us that the adult viewpoint isn’t the be-all and end-all. Though adults exist, as they very much do in this novel too, and alas often behave in catastrophic ways.  I hope readers of different ages will read and enjoy this wonderful book, and the various levels at which it works: as suspense story, crime novel with a difference and, why not, something of a fairy tale too. 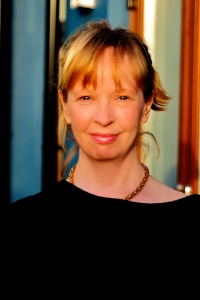 Nicola Mira is a translator from Italian and French, specialised in journalism and non-fiction texts. Educated in the UK (BA Politics & Economics, St. Edmund Hall, Oxford), he has lived and worked in Italy, France and the UK. He currently lives in Cambridge. He has a Diploma in Translation (Italian to English) from the Chartered Institute of Linguists and is a member of the Society of Authors/Translators Association and English PEN. He translates texts from a range of industries, with fashion journalism his main focus. You can view his fashion translations on FashionNetwork.com. He has contributed to ‘In Other Words’, the journal of the British Centre for Literary Translation, and to London literary magazine Litro, where he also published a translation of an excerpt from Italian early XXth century author Gabriele D’Annunzio. When he is not translating, Nicola loves reading, writing and sports. He is the managing editor of sports statistics website Greatest Sporting Nation.
View all posts by Nicola Mira →
« Dead Connection – Alafair Burke
A Killing Winter – Tom Callaghan »