Interview with Hervé Le Corre (author of ‘Talking to Ghosts’)

Interview with Hervé Le Corre (author of ‘Talking to Ghosts’) 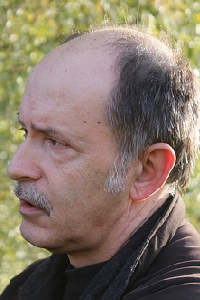 [Q]: Bonjour Hervé, nice to meet you and thank you for joining us. Let’s start with some background: was writing crime fiction your first professional calling, and if not, how and when did you start writing?

[A]: Bonjour, and thank you for your interest in my work ! Well, my main activity is teaching French and literature at a school in the outskirts of Bordeaux, to students aged 10-15. I started in this profession when I was 22 years old and I still love it, despite the efforts and energy it demands more and more of me.

Like many people I began to write during adolescence, chiefly poetry, imitating poets I liked. Then I tried my hand at novels : they were fragments, more like  stylistic exercises than a real beginning as a novelist. My readings nurtured a desire to write. I used to read nothing but crime fiction (or detective novels, the label isn’t important). Very young, I loved the great Latin-American authors (Carlos Fuentes, Gabriel Garcia Marquez, Alejo Carpentier and others), then I came across almost by chance the great American crime novelists : Hammett, Thompson, Goodis, Chandler, Don Tracy, as well as a French author who has sparked many vocations here: Jean-Patrick Manchette. He was an exceptional stylist who had such a thorough command of the roman noir canon that he played it like a virtuoso. He was also an unforgiving, passionate reviewer (the two go inevitably together), capable of distinguishing mere practitioners from real writers.

His was a founding influence on me and at the age of 34-35 I started to take writing seriously, and it’s become my passion.

[Q]: One of your other prize-winning novels, L’Homme aux lèvres de saphir, is about a mysterious and prematurely deceased mid-XIXth writer, Isidore Ducasse: why did his story attract you and how does this novel fit with the rest of your work?

[A]: It’s a novel I hold very dear because for me it was almost like resurfacing. I wrote it after my first crime novels were published, when I had exhausted one particular form of writing, and I had the impression I had nothing more to say. And I think that in such a case it’s better to remain silent. But I had always been fascinated by the dark, almost gothic works of Isidore Ducasse (the Count of Lautréamont), by his patchy, mysterious life story, ever since I discovered him during my literature studies. I began to dig and search. And so 1870 pre-revolutionary Paris, a few months ahead of the Commune, this wonderful, tragic uprising, began to take shape, laced with a criminal plot. I worked four years on this novel and it brought back to me the joy and the desire to write, that is to say to work more deeply on style and plotting.

The connection with my other novels ? There is none. I don’t try to build a coherent body of work but simply to write novels pursuing ideas that randomly come to me.

[Q]: ‘Talking to Ghosts’ is remarkable for many reasons, and there are three elements within the novel which stand out: the choice of a bereaved, grieving detective in the leading role; the coming-of-age of young, tragically orphaned Victor; the intensity with which you depict the town of Bordeaux and its surroundings, especially the countryside around it and the Garonne estuary. Could you please tell us more about them?

[A]: The choice of a grieving, broken detective is one of the clichés of the roman noir. I was conscious of this as I began writing. What I tried to do, for the character not to result in a mere stereotype, was to imagine he had a special relationship with death and the dead. Despite his job, which brings him constantly face to face with violence and the destruction of bodies (and souls !), Vilar cannot come to terms with death. He believes in ghosts, in the unfathomable, painful memory of those who have passed away, also during an autopsy or at a crime scene, and all the more so as Vilar keeps searching for his vanished son, and is incapable of coming to terms with his highly probable death. I was satisfied when I saw the title of this novel in English: yes, my characters are talking to ghosts.

Regarding Victor, around whom I had initially planned to build the plot, I also wanted him to be grieving, and to walk through a sort of never-ending night. A night that pursues him in broad daylight too, in the suffocating heat which prevails throughout the novel. Of course this grief, after a fashion, is the making of him, and he resurfaces, literally too, at the end of the novel, undoubtedly stronger and perhaps ready to do good.

Bordeaux is the town where I was born, where I grew up and where I work. I know the area well, especially the Médoc, where I taught for over 20 years, and where a large part of the novel takes place. I love these parts because they have their own kind of poetry, and a presence which can be rendered through literature: potentialities, narratives, destinies and adventures. As for the Gironde estuary, into which the Garonne flows, it’s a place where the power of the river crashes against the violence of the ocean, the place where Victor can lose himself and be reborn somehow. And it’s a landscape of rare scale.

[Q]: Good crime writing, like quality literature, transcends geographical boundaries, yet is there a difference, and if so in what does it consist, between the French noir and contemporary Anglo-Saxon or Scandinavian crime fiction? What are your views on this and where does ‘Talking to Ghosts’ fit in this respect?

[A]: The French roman noir has a very strong tradition of social critique and political observation. This has produced some great works but also many novels which are barely fictionalised news reports, doubtlessly because some authors let themselves be steered more by their political-ideological agenda than by writing fiction. Yet the latter doesn’t in any way prevent a narration about the state of society, or the denouncing of misery and suffering. It’s all a matter of detachment, and of how you reinvent the world.  Myself, I hold strongly-established political opinions, which are highly critical of societies tormented by capitalism, but when I write a novel I try to make a representation, if I may call it so. Otherwise, it’s a case of writing essays or news stories, in itself clearly valuable for understanding and changing the world.

And since you mention Anglo-Saxon or Scandinavian authors, I often find they do what I try to do myself: to reinvent a world which is surely real, yet seen through a mirror which often enlarges or distorts it, a sort of expressionist way of depicting reality both in its outline and its complexity and nuances.

The Scandinavian ‘fashion’ which has swept through European publishers has shown the other side of societies which were deemed to be largely pacified, satisfied and consensual. Surprise ! We discover within them violence, corruption and social poverty. What political analysts had been saying for years, Scandinavian authors managed to put on display through literature, hence the public appreciation for these novels from the far North.

As for Anglo-Saxon authors, of which I’m a fan, they have always managed to have their say on North-American or British society without ever losing sight of fiction writing and its requirements. James Ellroy, Jackson Ray Pollock, Bill James or John Harvey, to mention but the first who come to mind, have all managed to tell their stories without forgetting the socio-political context, just as when you play billiard, hitting the sides first before hitting your target.

[Q]: Finally, which  advice would you give to prospective crime fiction authors? What do you think is the key skill to have to produce a good contemporary crime novel?

[A]: Advice ? Hell, I hardly know how to do it myself ! You need to read extensively, with awe, and to write humbly, tortured by doubts. Never be satisfied with yourself. You write a good contemporary crime novel just as you do any other type of novel : by trying to hide the presence of its author to the world.

TBJ: Thank you very much for your time Hervé, and we look forward to reading more of your work in Englis 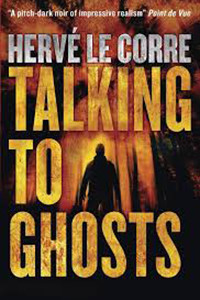 Nicola Mira is a translator from Italian and French, specialised in journalism and non-fiction texts. Educated in the UK (BA Politics & Economics, St. Edmund Hall, Oxford), he has lived and worked in Italy, France and the UK. He currently lives in Cambridge. He has a Diploma in Translation (Italian to English) from the Chartered Institute of Linguists and is a member of the Society of Authors/Translators Association and English PEN. He translates texts from a range of industries, with fashion journalism his main focus. You can view his fashion translations on FashionNetwork.com. He has contributed to ‘In Other Words’, the journal of the British Centre for Literary Translation, and to London literary magazine Litro, where he also published a translation of an excerpt from Italian early XXth century author Gabriele D’Annunzio. When he is not translating, Nicola loves reading, writing and sports. He is the managing editor of sports statistics website Greatest Sporting Nation.
View all posts by Nicola Mira →
« Interview with Peter Swanson, author of ‘The Kind Worth Killing’
The Lynchpin – Jeffrey B. Burton »