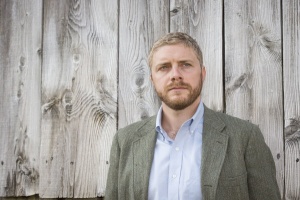 Thriller Books Journal is pleased to host Tom Bouman, author of ‘Dry Bones in the Valley’, a tough yet idyllic crime novel set in rural Pennsylvania.

[Q]: Hello Tom, nice to meet you and thank you for joining us. Let’s start with some background: was writing crime fiction your first professional calling, and if not, how and when did you start writing?

[A]: Thanks kindly, it’s nice to meet you too. I guess I became interested in writing fiction as a teenager, but back then I had nothing much to write about. I’d always wanted to try a mystery novel, as that’s what I liked to read. I mean, I read everything, but crime fiction especially appealed to me. Then I got out of college and had to work, and wound up in book publishing in New York. There was a lot of intellectual and creative overlap between working as a book editor and writing, and writing just got crowded out for years, until various circumstances came to pass, and I woke up early one morning with the voice of Henry Farrell in my head. And I knew, for the first time, that I could pursue that voice and that it’d actually lead me somewhere.

[Q]: In the midst of so much urban crime fiction, the country setting of ‘Dry Bones in the Valley’ is a refreshing novelty. What was your recipe for balancing the idyllic element, the natural beauty of the Pennsylvania landscape, with the disturbing human element – crime?

[A]: It was important to try to strike that balance. I remember writing a night-time scene where Henry was supposed to be staking out a house or something, but he gets distracted by the hills in the distance, the woodsmoke in the air, and the stars overhead, and I thought, ‘Wait a minute.’ That scene turned into a pretty violent ATV chase. The nature of the area I’m writing about is that it is beautiful and wild, but also desolate, often filled with junk. There is a range of socio-economic conditions—poverty and so forth on one end, and some wealth and comfort on the other. And always a strong community-mindedness across that range, even among people who as individuals are fiercely independent. When I write about rural crime, for the most part I’m not writing about people separate and distinct from the rest of the community. I’m writing, you know, about somebody’s cousin or something.

[Q]:Talking of balance, your protagonist, gritty country Detective Henry Farrell, is a blend of action and reflection, toughness and reserve. Did you have a particular role-model in mind when creating his character? If not, how did you develop him?

[A]: Henry comes from a particular way of being in the world, of conversing and acting, that I was familiar with growing up in the country. There’s some very good storytelling. It’s slower, it demands your attention and commitment, it often surprises you, makes you laugh, and challenges your views. Some of Henry’s philosophy about humanity’s place in the natural world comes from people I go hunting with. His melancholy probably comes from me. His toughness and taciturnity may come from my father. I don’t know, he just sort of emerged, and I had to be sure not to get in his way.

[Q]: Family ties and the bonds they impose on people are a strong theme in the novel. The touching story of old Aub Dunigan and his lost spouse takes centre stage, but in most of the families you describe there is some destabilising element, dark or otherwise. What made you focus so strongly on family dynamics in this novel?

[A]: Some of that is just what I think the stuff of fiction naturally is. This novel might have had a broader, more conspiracy-like plot but for an early choice to keep to my own hedgerow and find everything I needed there. When I write, I’m often thinking about a character’s background and upbringing: What was this person like at age ten? Sixteen? What made them that way? How does it affect who they are now? This requires bringing in family.

[Q]: Fracking companies encroaching and meth labs popping up on the edge of villages: no wonder life in Wild Thyme, Henry Farrell’s supposedly quiet patch, has become ebullient, as the fabric of society is stretched thin by these phenomena. How widespread are the changes that you have fictionalised in ‘Dry Bones in the Valley’ in and around Pennsylvania today?

[A]: It’s more heroin than meth. Heroin’s influx into rural America has been documented; it’s in northeastern Pennsylvania and of some concern to our local cop. Hydrofracking is everywhere up there, too, though production has slowed. The natural gas industry seems to be of less concern to the community, rather, it seems generally to be perceived as a good, despite some troubling incidents and trends. I don’t think anyone has unmixed feelings. When my wife and I first moved back, we were looking forward to the peace and quiet of life on a dirt road. But that first day, just a couple miles away, they were fracking a well–all day and night, every couple minutes tanker trucks would rumble by.

[Q]: Another issue that the novel bravely tackles is that of prejudice: from the (dependent) role of women in society to the acceptance of gay relationships, to mention the two most obvious instances. Am I right in underlining this, and if yes, what made you focus on these themes in particular?

[A]: Well, prejudice is alive and well in my country, both the obvious and the insidious kinds. To the extent that my novel pushes back against some of these attitudes—misogyny, homophobia–I can only hope that it becomes outdated sooner rather than later. I didn’t set out to write a polemic, but I also felt that there are malingering negative forces that couldn’t and shouldn’t be ignored. Some of what you notice also results from the particular kind of book I wanted to write. I wanted to write what I saw as a real mystery, where the murders were motivated on an individual level by something other than grand conspiracy or extreme sociopathy. To me, that kind of motivation springs from the personal. It is also on the personal level where most prejudice begins to dissolve, one hopes.

TBJ: Thank you very much for your time Tom, and for the fascinating insights into your work. We look forward to reading more of it soon! 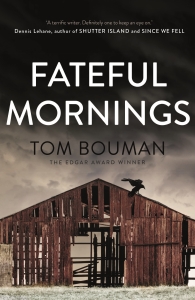 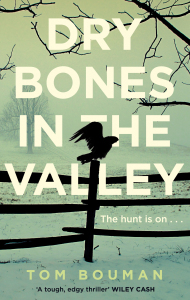 Nicola Mira is a translator from Italian and French, specialised in journalism and non-fiction texts. Educated in the UK (BA Politics & Economics, St. Edmund Hall, Oxford), he has lived and worked in Italy, France and the UK. He currently lives in Cambridge. He has a Diploma in Translation (Italian to English) from the Chartered Institute of Linguists and is a member of the Society of Authors/Translators Association and English PEN. He translates texts from a range of industries, with fashion journalism his main focus. You can view his fashion translations on FashionNetwork.com. He has contributed to ‘In Other Words’, the journal of the British Centre for Literary Translation, and to London literary magazine Litro, where he also published a translation of an excerpt from Italian early XXth century author Gabriele D’Annunzio. When he is not translating, Nicola loves reading, writing and sports. He is the managing editor of sports statistics website Greatest Sporting Nation.
View all posts by Nicola Mira →
« Camille – Pierre Lemaitre
Someone Else’s Conflict – Alison Layland »