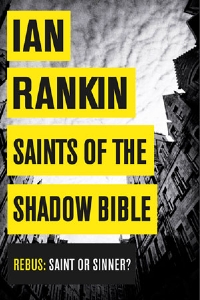 John Rebus never really set out to be Edinburgh’s finest. He’s definitely a man who has secrets and as a Detective Inspector in the Lothian and Borders Police, he ruffled a lot of feathers and broke even more rules. Despite his retirement in 2007 (in the novel Exit Music), Saints of the Shadow Bible sees him back in business. He’s taken a demotion to Detective Sergeant in order to return to the police force and continue the job that’s become his whole life.

A new law has been passed allowing re-prosecution of old crimes and a thirty-year-old case is to be reopened. Rebus’ team at the time is suspected of helping a murderer escape justice to further its own ends. Known as the Saints, the team swore a loyalty oath on what they called the Shadow Bible, so getting to the truth won’t be easy. But with Malcolm Fox as the investigating officer, the crimes of the past may not stay hidden for much longer.

This is the 19th book in the hugely popular Rebus series and the plotting and characterization is as tight and as full of suspense as ever. Rankin always seems to be able to add a new personal dynamic to his stories. This time around, Rebus is trying to handle the fact that his long-standing subordinate Siobhan Clarke is his now his superior. It’s also a time of uncertainty in Scotland, as the nation goes to the polls for an independence referendum. As ever, all of this takes place in an Edinburgh of shadowy alleys and dark corners – definitely not the scenes you’ll find painted on the souvenir shortbread tins.

Ian Rankin is quite probably Britain’s most popular crime writer and a leading exponent of Tartan Noir, dark mysteries set in Scotland. Every new Rebus novel finds its way straight to the top of the best-seller lists: Saints of the Shadow Bible is no different.  Very highly recommended. 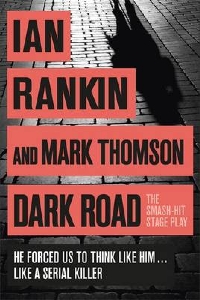 My name is Linsey and I love crime fiction. The rebel in me likes to see rules broken, and the mother in me feels a need to see order restored - perhaps it’s a Freudian thing. I love the dark introspection of Scandinavian crime fiction; the beauty and cruelty of the Italian giallo and a nice big slice of US hard-boiled psychological thriller. As soon as I decide where I’m going on holiday, I’ll find a fictional detective who lives there – yes, I want to see the sites, but I also want to read the underbelly. That’s what’s so great about crime fiction. I’m a freelance writer, based in Manchester England; a city with a few crime writers of its own. If you’re planning a holiday here, look up Cath Staincliffe, Val McDermid, Chris Simms, Bill Rogers and others. And if you need a writer, take a look at my website – but I’m not showing you my underbelly.
View all posts by Linsey Parkinson →
« The Invisible Code – Christopher Fowler
A Purity of Vengeance – Jussi Adler-Olsen »