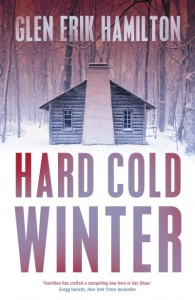 ‘Hard Cold Winter’ is Glen Erik Hamilton’s second crime novel set in Seattle and featuring former US Army Ranger Van Shaw. It’s never easy to follow up a good first novel, and Hamilton has succeeded both in writing a captivating story and in establishing Van Shaw as a remarkable character, a highly original presence in the galaxy of contemporary thriller heroes.

(Dono)Van Shaw is a man with a complicated youth, in which he developed, among others, first-rate skills as a thief. He is also a former US Army Ranger with front-line combat experience in Iraq and Afghanistan. He was orphaned of his single mother in early childhood and grew up with his namesake grandfather Dono(van), a ‘professional’ crook. Initially Dono was not so successful, so that young Van had to live with a series of foster parents when Grandad was spending time in the care of the federal penal system. Having settled back in Seattle (after Dono’s death in ‘Past Crimes’), Van Shaw firmly wants to avoid any trouble with the law – but he’s willing and able to take risks and tread on the edge for the sake of family or close friends.

When Will Willard, an old friend of Dono’s, asks Van to look for his missing young niece Elana Coll, a rebellious young woman whom Van knew in his youth, he cannot, and would not, say no. And he’s immediately knee-deep in trouble, as he finds Elana and her rich boyfriend Kendrick Haymes dead and clearly murdered in a cabin in the woods (or perhaps Elana’s is a murder and Kendrick’s is a suicide). Any ordinary citizen would run to the police, but Van doesn’t. One reason being that it’s personal for him, another that Willard is currently operating an illegal casino and doesn’t need the law on his back. And another, deeper reason, is that perhaps Van likes trouble, or at least cannot come to terms with the ‘normal’ life of an Army veteran in civvy street.

With occasional help from his spirited girlfriend Luce and from another former Ranger who served in the Middle East under him, Leo Pak, Van begins his hunt for the truth. A rollercoaster ride in which he will try to stay one step ahead of the police investigation into the deaths, and one that will pit him against real criminals, including the Seattle branch of the Russian mafia, and other people who may not be criminals, but have plenty of  secrets to hide, and don’t shy away from using violence to protect them: Kendrick Haymes’ construction tycoon father and his cronies, Elana’s and Kendrick’s close-knit bunch of rich-kid friends, and even Will Willard himself.

Enough people, with enough weaponry (this is the US after all, where guns do circulate freely) to keep the reader guessing and to give Hamilton the opportunity for setting a very fast narrative pace indeed. To his credit, Hamilton does a good job of both building a satisfying, layered plot, and of writing with the kind of slick effectiveness which requires only a few strokes to transport the reader into the thick of the action , or into the characters’ minds. Above all, into Van’s.

In my review of ‘Past Crimes’ I wrote how Van’s appeal, and one of the novel’s most successful features, was that he remains at heart quite an ordinary guy, despite the havoc that is never far from him. In ‘Hard Cold Winter’ Hamilton works well to keep things this way, while at the same time continuing to flesh out Van’s personality. A man with firm beliefs about some of life’s essentials (family, loyalty, duty) who is also keenly aware of the shadows lurking inside his own mind. No one with such a family past and combat experience can be expected to be a carefree soul, and Hamilton is clever in allowing the reader to appreciate Van’s own doubts, and his concerns about his future as a ‘normal’ guy (e.g. in his relationship with Luce), without this getting in the way of the action.

The result is that Van emerges as a truly interesting, multi-faceted character, whose personality combines with Hamilton’s first-rate narrative to yield a very good thriller indeed. One in which a devious, but never confusing, plot is well-matched with a set of finely portrayed characters, so that the story doesn’t have to rely on Van alone to be gripping. But, make no mistake, Van Shaw is a remarkable fictional creation, and we hope that Hamilton will continue to develop him for our entertainment. 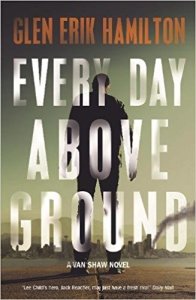 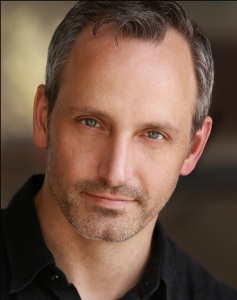 Nicola Mira is a translator from Italian and French, specialised in journalism and non-fiction texts. Educated in the UK (BA Politics & Economics, St. Edmund Hall, Oxford), he has lived and worked in Italy, France and the UK. He currently lives in Cambridge. He has a Diploma in Translation (Italian to English) from the Chartered Institute of Linguists and is a member of the Society of Authors/Translators Association and English PEN. He translates texts from a range of industries, with fashion journalism his main focus. You can view his fashion translations on FashionNetwork.com. He has contributed to ‘In Other Words’, the journal of the British Centre for Literary Translation, and to London literary magazine Litro, where he also published a translation of an excerpt from Italian early XXth century author Gabriele D’Annunzio. When he is not translating, Nicola loves reading, writing and sports. He is the managing editor of sports statistics website Greatest Sporting Nation.
View all posts by Nicola Mira →
« Tregunna – Carla Vermaat
Interview with Glen Erik Hamilton, author of ‘Hard Cold Winter’ »