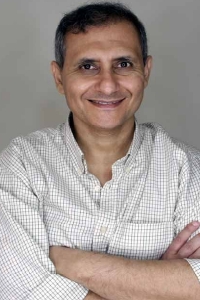 Today we have the pleasure to interview Khaled Talib, author of Smokescreen.

Q: Hi Khaled, welcome to Thrillerbooksjournal.com. Our first question is very easy: who is Khaled Talib as a person and as a writer?
A: Hi Giuseppe, thank you for hosting me… it’s a great pleasure to be here. Well, I was born in Singapore to a family who migrated to the island in the 1800s from the biblical region of Hadramaut (Hazramaveth in the Old Testament) in southern Yemen. This is one of the confederate states ruled by the Queen of Sheba in ancient times. I spent two decades working as a journalist for various media before switching to the craft of Public Relations. Deep down inside, I have always wanted to write a thriller novel.
During my school days, instead of paying attention during math class, I would let my mind wonder through the lives of famous characters in ancient history, the medieval era, as well as characters on television. Don’t blame me for day dreaming, blame the match teacher for failing to inspire his lessons.
I have some bad habits— and I have said this many times — I cannot be trusted with chocolates just as you cannot trust a vampire with blood. I am trying to control my cravings. The consolation is that nobody has given me the nickname “Count Chocula” yet — at least not in front of me.

Q: Where did you get the idea for Smokescreen?
A: The idea behind the story is inspired by Singapore’s tight relationship with Israel. The island’s army was trained by the Israelis because it sees itself as having the same situation as Israel, being surrounded by nations with a large Muslim populace. I thought it would be interesting to highlight this aspect of Singapore in the realm of fiction. Although Singapore is far away from the Middle East, the little island almost got itself sucked into the affairs of the Middle East. Several fighters from the Popular Front for the Liberation of Palestine paid a visit to the island and bombed the Shell oil refinery on a subsidiary island here in the seventies. The fighters were caught but later freed after negotiations.
I had different versions of the novel, but I always felt that something was missing in the story. It was not until my journalism stint in Cairo, Egypt, when an idea hit me. At an ancient café, I met a man I initially thought to be a European. I was surprised when he told me he was a Libyan diplomat. I would not have known if he did not tell me. There, in a crowd of people puffing water pipes and drinking an assortment of beverages, I began to study the different personalities and characters around me. I realized all of a sudden that I cannot assume anything or stereotype anyone. We see what we want to see, but do we really observe? And for all you know, someone could be in disguise and having a secret meeting right under our noses.
The cafe, I thought, would be an apt place to begin the story. I also weaved in the Egyptian connection with Singapore. Interestingly, the government of Singapore had initially contacted Egypt’s President Gamal Abdel Nasser for advice to train its army. Of course everyone knew this invitation was a subterfuge. It was obvious Nasser would reject the offer to avoid offending Malaysia, a fellow Muslim country, and others in the region.

Q: Can you briefly summarize the novel (without telling us too much, of course)?
A: Although the bulk of the story takes place in Singapore, Smokescreen is, in essence, about America’s relationship with Israel and the Arab world. This is hinted when the fictitious U.S. Ambassador to Singapore, Michael Dexter, tells the protagonist Jethro Westrope, “The world is divided between the two sons of Abraham, but maybe what we don’t realize is that everybody is forced to take sides. Your country, my country — everybody.” Meanwhile, the protagonist, who is in Singapore, gets a shock when he learns that he will be made a scapegoat in the plot to kill the Israeli prime minister.

Q: Why readers might like it? Is there anything they might find difficult to accept in the book?
A: I believe everyone can relate to the story, especially those who love a fast-paced thrill ride. It takes the genre to a unique level or in the words of one New York Times bestselling author who gave me a blurb, Smokescreen is a “cocktail of Deighton, Ludlum, Hitchcock.” Apart from the question of Palestine, the novel also touches on many other subject matters, including terrorism, media propaganda, and perceptions. I honestly cannot understand why many people round the world believe everything they read or see in the media, even if they claim otherwise. Sometimes I believe the media helps these people feed their own frenzied hatred and prejudices. Even if they say they don’t trust the press, they are psychologically drawn to believe the content. Someone once asked me how can the media lie about a story and publish it as the truth? I thought the question was naïve.

Q: Is Jethro Westrope character based on someone you really know?
A: He is not based on anyone’s character although I did borrow the racial identity by describing him as a Eurasian. My intention was to highlight that Singapore is not a homogeneous society. The original inhabitants of the island are the Malayan people because the land was once owned by Malaysia. Singapore’s history also includes people from all over the world. All you have to do is to look at the names of the roads and streets to figure that out.

Q: Are you already working on a new book?
A: Yes, I am. This time, the novel is set in Europe. It is another thriller but the theme is completely different. I enjoy exploring new characters and places. It’s like sitting at a café with a cup of latte or cappuccino and people watching. You see different faces, clothes, and all kinds of behaviors. Then, you let your mind drift to different places. Sometimes, you eavesdrop a conversation at the table next to yours, and pick up an interesting word or two or a sentence. I cannot help it if they sit too near me.

Q: Smokescreen is available in kindle edition. What’s your opinion regarding ebooks and traditional books?
A: There will be a paperback version of my novel shortly. Personally, I would really like to see a book because I grew up in an era where books were the norm. So it would be nice to see my own book printed. However, I cannot speak on behalf of the next generation or the generation after that. They may prefer something more futuristic. When the e-reader first appeared, I did not think I could be influenced to read a book that way. I hate change. I prefer things as they are. But someone encouraged me to give it a chance. I thought, no harm, so I bought myself a Kindle. I was impressed. It feels like a book, minus the smell of paper of course.

In truth, I am indifferent. A story is a story, even if it is written on a piece of wood, a clay tablet, or a piece of cloth. People used to listen to stories on radio, and now that trend is back with audio CDs. Once upon a time, we listen to tales at the market place or around a campfire. We have stage performances that tell stories. Sometimes it is told through a dance. There are all kinds of platforms where a story takes place. So why is there a debate about the ebook? I guess people should be given a choice to decide what they want.

Q: A suggestion to wannabe writers. A suggestion to passionate readers.
A: Writers are not quitters. No matter how many times their manuscript gets rejected, they believe in themselves and remain tenacious even if they are hanging on to the last straw of hope. Never give up. I remember a story about a Hollywood actress who committed suicide because she couldn’t find a job. If she had just waited a little longer, she would have seen the the mail that arrived offering her a prime film role. For passionate readers, if you like a book, please share your enthusiasm with others. That would make the author’s day.

Q: If you want to say anything, this is the moment…
A: March to the sound of your own drum, and you will never regret a day in your life.

Q: Would you like to say hello to our readers?
A: Yes, of course. Hello. It would be nice to meet everyone. I can be found on Twitter @KhaledTalib

Q: Thanks for having accepted our invitation, Khaled: it’s been a pleasure having you.
A: I am flattered. Thank you, Giuseppe, for having me on board. 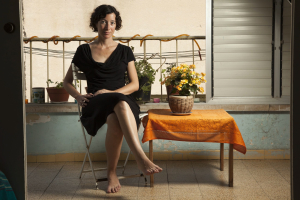 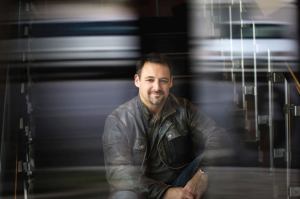